*Except it is old IS02BA unit AND your USB adaptor was old Gen1.

The new working driver is now included in the Windows 11 update. The IS02 devices shall work when plugged into a Windows 11 computer without any manual driver update.

After downloading this file, follow the instructions on the screen, and choose to Run Anyway if you are asked whether to continue. After the new driver is installed, the driver version will be 3.9.1. 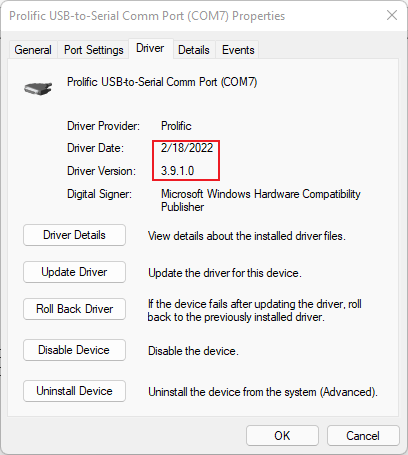 Windows 11 USB default driver DO NOT work for Inspirstar devices.

DO NOT UPGRADE PC from Windows 10 to Windows 11 if not very necessary.

If you get a new Windows 11 computer or have upgraded to Windows 11, you need to manually install USB driver and use “Device Manager” to setup the driver. The following steps describe the whole process. The key point is to install the old driver and use “Device Manager” to update to use the old driver. Also it is important that you always use one dedicated USB port on the PC for IS02 devices.

Open Profile Editor, in the Tools menu, click Install USB Driver. Follow the prompt to install the driver. When prompted whether to install, click Yes. If you have ever installed the USB driver from Profile Editor, you may do that again(Tools->Install USB driver) and select “Modify” the program after the installation starts.

Right click on the Windows icon on the task bar and select Device Manager.

To avoid updating the driver again, try to stick with the following guidelines:

When trying to connect to IS02, the Profile Editor software will show the USB driver version on the Communication Error screen. Driver version 3.8.40 does not work, you need to update the driver to an older version.

If you have problem, you can always restart the process from STEP 1. If you try a few times and still can’t make it work, please send detailed problem including necessary screen snapshots to support@inspirstar.com.